Running bw2calc as a web service 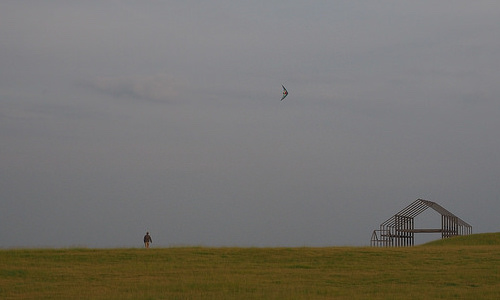 Linking Brightway2 to a Ruby on Rails UI

Caroline Chen, a Masters student at UC Berkeley, recently asked me how to link a Ruby on Rails user interface to Brightway. This kind of project should be easy - it was one of the design goals of the Brightway project. This idea of a number of independent modules that can work independently with each other is also my hope for the future of LCA software development, though it will take some work and commitment by the broader community to get there.

There are a number of ways to accomplish this goal using Brightway. If you are building your own user interface, you already have your own database schema. bw2calc doesn't talk directly to databases, but instead uses an intermediate format made of Numpy arrays. In order to understand this post, you should also read the processed arrays technical documentation, as I won't repeat everything here. So, the challenge is exporting the data from your database to a processed array, sending that array to a process on a server running bw2calc, and receiving meaningful result data.

Sending data as a CSV file

I want to explain a minimal implementation here - if you were running this as a real service, you would probably change almost every technical decision. To make life easy, we can export a CSV file from the database and send that to the server - we will let the python process on the server construct the processed array. So, if we have a database schema for the edges in our supply chain graph that looks like this:

Then we can export a CSV with the relevant data to construct the LCI matrices like this:

You can do a similar thing for characterization factors; I assume they have a separate table. Here is some Python 3 code that simulates an export by writing very simple LCI and LCIA files.

Next, we need to write a web server that will accept a CSV and generate the processed arrays. I have already worked with the flask web framework, so I will use that here. We start by defining the data types in our arrays - these are fixed by Brightway:

The translation function is relatively simple - here it is for the LCI array:

An independent LCA means that the bw2calc library doesn't use bw2data or other Brightway libraries. This is also relatively simple, as we already have our processed arrays somewhere on our system:

The definition of the functional unit needs to use the same identifiers as in our CSV file. So, if we were assessing the ELEC process, this would be {1: some_amount}.

All that is left is defining exactly what the API calls will look like. One possibility would be to specify the functional unit in the form data. I have made a complete example of one such web server program, as well as a corresponding script that calls this web server. However, the API is an area where your personal preferences might be quite different than mine, so adapt as you wish.

I should emphasize that this is really just a minimal server - it is missing a lot of error handling, and returns a very minimal result set. There are a number of ways that this could be improved. Here are a few ideas off the top of my head: