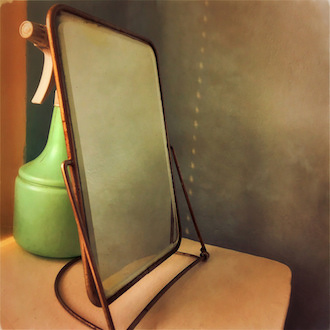 BONSAI will be what we make it

Note: See update at the bottom of this post.

BONSAI has a goal of creating a better industrial ecology database. We start with the conviction that open science (open source models, open data pipelines, open access publishing) is a clear improvement over what is available today. However, there is another important area where BONSAI needs to do a better job at being open: the management of the project.

Legally, the BONSAI association is a non-profit headquartered in Denmark. Here are the operating statues, which give a large degree of power to the board, and in particular to the chair (me) and vice-chair (Bo Weidema). But the BONSAI project is much broader than the few people who pay membership dues or serve on the board - indeed, most of the hackathon participants meet neither of these criteria, and it feels weird that people who are volunteering a full week's work won't get a vote in the BONSAI legal entity. Currently, the annual fee for members is €150, and I guess there aren't that many paying members, as membership dues accounted for only €313 in 2017. High membership fees deter participation; at the next general assembly, I will propose that the membership fee be significantly lowered, and waived for participants in BONSAI activities.

The BONSAI vision can only be successful if there is broad community buy-in; the resulting databases will be community resources, built by and for the community, and so the broader community should have a meaningful vote in every aspect of the database. To me, this is so obvious that it is strange to have to say it out loud. But there is a different, and equally powerful, argument for open management: It is critical for building public trust in a post-normal science world. We live in an age where many people are voicing their displeasure with asserted expert opinions, and not inclined to just trust opinions offered by those with experience. This is especially on issues like sustainability, which are emotionally-charged and touch people's fundamental values. I don't have any good answers on how to address this broader trend, but one thing we can do is be completely transparent - not just in our data and models, but also in our people, and their financial incentives. The default must be that everything is open for inspection, even if it feels a bit uncomfortable at first.

Taking the principle of community buy-in seriously means that we need to be open to people who aren't members of BONSAI making governance contributions. Of course, anyone can take the BONSAI standards, tools, and data, and work on their own or in conjunction with ongoing BONSAI projects. But we welcome non-members commenting, questioning, and criticizing the way we do things.

BONSAI also has an inclusivity problem in its management. Here is the board, which in 2019 consists of five older white men. But it gets better - in the list of hackathon participants, only two of the 18 people are women! The LCA community has good representation of all the various kinds of diversity around the globe, so how did we end up like this? Under the statues, the board can be up to nine people, and I personally would welcome candidates at the next general assembly who would bring some different perspectives.

For the hackathon, we are using the code of conduct developed by the group Contributor Covenant, and I will propose that this code be the default for BONSAI activities. However, given the power that the board, and in particular the chair (still me) has, I think it would make sense to appoint a neutral ombudsman who can effectively mediate disputes.

The process of building a more inclusive and open organization will be a long journey, and we will get many things wrong. The best way you can help is to let us know when we could do things better. You are BONSAI, and your voice matters.

At the BONSAI board meeting on March 12, 2019, the following decisions were taken:

In addition, I have launched a formal community decision making standard which is completely independent of the legal non-profit organization BONSAI.