Why I am running for the BONSAI board 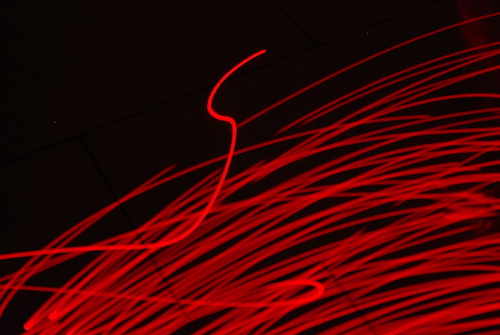 Update: I was elected chairman of the BONSAI board on October 1, 2018.

BONSAI (the big open network of sustainability assessment information) is an attempt to build an open and comprehensive database for industrial ecology. The project is funded by a large group of individual contributors, and 2.0 LCA consultants. It has been underway since 2014, and has produced a detailed workplan and a series of smaller projects found on the BONSAI Github page.

BONSAI will hold its annual general assembly tomorrow, and I am running for a position on the board. This wasn't an easy decision for me, as I am time- and focus-limited, and because BONSAI has not been given unconditional love by the broader LCA community. Nevertheless, I feel like BONSAI, or something like it, is an absolute necessity for making sustainability assessment scientific. Here is what I would like to contribute to the BONSAI project.

Don't let the perfect be the enemy of the good

BONSAI has spent a lot of time and energy discussing the question of what the ontology for a unified industrial ecology database should be like. This discussion is important, both because we need to preserve as much detail as possible when normalizing to a single ontology, but also because we know that the names and structures we give things influence the way we think about them. At the same time, it is easy for such discussions to get bogged down over small details or matters of personal preference. The risk here is that this delay can block other projects which would build on the "perfect" ontology.

I propose that, in addition to working on a common ontology, BONSAI devotes at least as much time and energy to other projects across the entire software stack. At a minimum, we need software that can:

Similarly, I feel that jumping to an elegant but new and lesser-known RDF store, instead of using an SQL database with established tooling, is not a decision to be taken lightly.

Learn to walk before learning to run

Here we should also not aim for the perfect software or model, but get something out there which can be discussed and improved by interested people in the community. People in the life cycle assessment (LCA) community, in particular (though maybe we are not as special as we think we are), love to argue about specific modelling choices. There are a lot of choices here! But if we try to find something that makes everyone happy, experience shows us that we won't get anywhere fast.

Smaller projects with a reduced scope are both easier to finish, and easier to understand. Simpler algorithms won't capture the complexity of real-world interactions, but can be implemented and tested in a reasonable amount of time. They can also be the foundation of future model development.

BONSAI is still a young and relatively small organization, and most of what we will do will have a lot of room for improvement. If we start with a small set of independent software tools with well-defined interfaces, we make it much easier for people to both read the code, and suggest changes. The broader LCA community has a lot more ideas and experience than any small group.

Bring people and projects together...

... instead of trying to do everything ourselves. A bit of humility never hurts! I think that the biggest potential for BONSAI is not to build a new database and modelling system, but rather to act as a coordinator for the many people, both inside and outside of BONSAI, who are all working towards different visions of the same goal. This isn't super exciting or sexy work, but is absolutely necessary. Despite all the collaborative IT tools we have, I know that there are many individuals and small groups outside of BONSAI who are working in parallel. In my opinion, The goal of BONSAI is not for BONSAI to be successful - it is to facilitate a better future both for researchers and for everyone else. When most people are working as volunteers, they want to do their own thing. BONSAI can help them do it more efficiently, and in the process add real value.

Disclaimer: The opinions expressed in this article are my own, and do not reflect those of my employer in any way, shape, form, color, specie, etc.